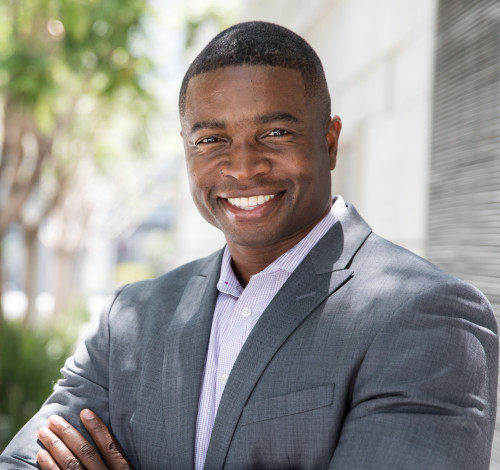 For more than 17 years, Craig Wilburn, the Founder of Team Dynamo has established the understanding of the real estate market in Gainesville by leading his team to over 1,300 units and over $303 million in the greater Gainesville area. Craig has spoken in dozens of cities about real estate, earning the title of Gainesville’s Number 1 People’s Choice for Real Estate, and gaining the award of top selling real estate team at Keller Williams Gainesville Realty. More impressive is the fact that Team Dynamo’s top sources of business come from past clients and area referrals which verifies the endorsement for Team Dynamo.

Craig began Team Dynamo in 2005 and was enlightened and inspired in 2014 when introduced to the Keller Williams breakthrough team approach to real estate - wherein individual strengths work together in interlocking harmony to drive accountability, efficiency, customer service, and results. Craig realized this was the model he had been developing and cultivating for years. In 2014, Craig joined the Keller Williams family of Realtors. What started as a team of three, is now 13 strong - including a Director of Sales, Director of Community Engagement, Listing and Buyer Specialists, Inside Sales Agents, and a dedicated administrative support staff.  While many brokerages employ an administrative staff for their brokerage office, Team Dynamo had the largest admin staff to agent ratio of any team its size in Gainesville.

Family man, speaker, Realtor, wholehearted husband, and impassioned leader. These are just a few of the things you’ll hear him titled. Craig is a family man and father of five kids which is his highest honor and role. You will often see Craig’s family as an extension of the team in full support of Team Dynamo. Craig’s devotion to the Gainesville area runs deep. He actively serves on various boards for local charities and nonprofits. He’s an esteemed member of the National Association of Realtors (NAR), and on the President’s Circle of the NAR’s Political Action Committee (RPAC) - which lobbies for legislation that betters the industry and protects buyers, sellers and agents. In addition to these commitments, Craig is a sought-after speaker and real estate educator. With an enthusiasm for paying-it-forward (along with a trademark smile) he inspires and encourages fellow and aspiring professionals in Real Estate. Craig believes that better Realtors makes for a better community and he is committed to making that a reality.

Craig attributes Team Dynamo’s continued success and growth to the meaningful relationships the team has built among clients and within the community. Through exclusive, unrivaled customer service combined with a streamlined, systems-based methodology - Team Dynamo will remain the team in Gainesville known to be trustworthy, genuine, creative, compassionate, and driven to provide its clients with nothing but the absolute best.

We use cookies to enhance your browsing experience and deliver our services. By continuing to visit this site, you agree to our use of cookies. More info